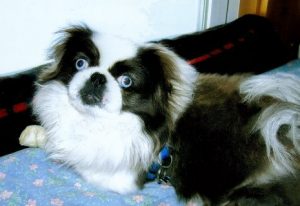 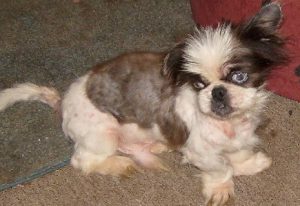 Frankie came in with the Ohio Four, these little ones had coats that were matted to the skin, (one even had a spider living in his coat). All four had skin conditions and really smelled bad.

After treating, shaving , and bathing we found we had four really sweet dogs. Frankie was by far the sweetest. With his sky blue eyes and howling bark he became a quick favorite here at Safehaven.

We named him Frankie Sinatra because of his singing when in a crate.

Frankie was seen on Petfinder.com by his current mom and She fell in love with him on sight.

He is now living in Natrona, Pa. with his new family and doing VERY well.